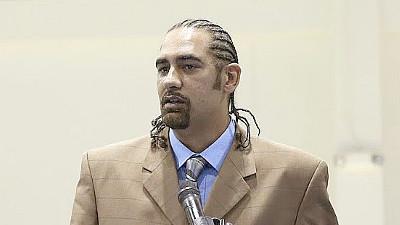 Former Coyote baseball player Brandon Ward (’96) was inducted into the Alumni Hall of Fame during the Coyote Clubs 2nd Annual Hall of Fame Dinner held on Saturday, March 28 at the Raymond McCue Athletic Complex. The focus of the evening was recognizing athletic achievement in the Indian Wells Valley, while enshrining former Coyotes into the Cerro Coso Athletic Hall of Fame.

“Our goal is to recognize them for their achievements, engage them with the greater campus community, and acknowledge the contributions they have made,” said Justus Scott, Interim Athletic Director.

Guest speaker for the evening was Todd Mather, recipient of the Coyote Club’s 2014 Hall of Fame Coaches Award. Members of the community were invited to attend the celebratory dinner where individuals and teams from the regional area were recognized for their extraordinary accomplishments.

Our congratulations to all the award recipients!