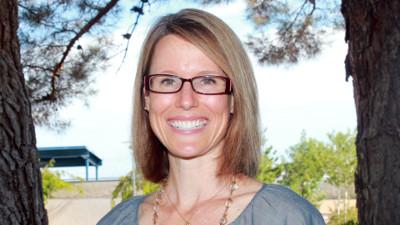 Cerro Coso would like to congratulate Missy Gross on having been selected for the new Counseling position at the Ridgecrest Campus. Gross has been serving in an adjunct counseling role at the college for the last seven years.

A self-professed city girl that doesn’t like camping, she says most people would be surprised to know she spent five weeks on an African safari surrounded by wildlife and seemingly endless bush. Traveling through five African countries was an unforgettable experience for Gross, offering an exciting mix of wildlife and adventure, unique cultural encounters, and spectacular scenery.

She grew up in Sunland, California, nestled in the foothills of the San Gabriel Mountains in the northeastern-most corner of Los Angeles and attended Brigham Young University in Provo, Utah, where she earned both a Bachelor’s and a Master’s Degree in Social Work. Prior to returning to California, Gross spent five years as a medical social worker for a Neuro-Trauma Rehabilitation facility in Utah.

She loves helping people create positive change through education, helping students realize the potential within, and encouraging students through their educational journeys. In her spare time she enjoys running, exercising, reading, and swimming with her two children, Preston (9) and Lexie (6). An avid baker, Gross has made her own bread for over a year, grinding her own flour, and says her biggest weakness is frosting. “Cake is just the vehicle to get to the frosting,” she laughs.

At Cerro Coso our counselors are dedicated to enriching students intellectually, emotionally, and socially, allowing them to capitalize on countless opportunities and become life- long learners. CONGRATULATIONS MISSY!