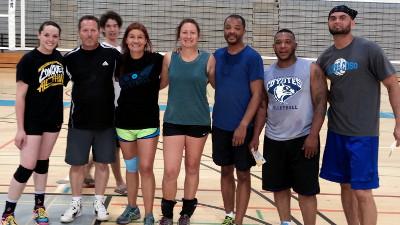 The Volleyball Club held a 4-person coed Indoor Volleyball Tournament on May 21st, 2016 for friends and funds. Nine teams signed up to complete in the tournament for fun.

“The most we’ve had yet in the past four years,” said Volleyball Coach and Club Advisor Kim Young. “It was tons of fun, lots of competitive play, and 10 sets of volleyball minimum per team.”