Home Allen – Life is About Creating Yourself

Allen – Life is About Creating Yourself 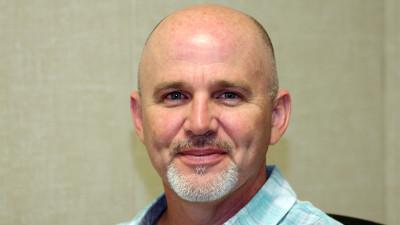 New Counselor at the Ridgecrest campus Tim Allen is not the same do-it-yourself Tim Allen of televisions hit show Home Improvement, but he did ironically work for a short time at a friend’s tool company.

A California native, Allen is a first generation college student and the son of immigrants and had a truly interesting childhood growing up with a combination of two very distinct cultures. His father’s family is from Sweden and his mother’s is from Mexico. Allen says his siblings and himself take after their father and look nothing like their mother, who was often mistaken for their nanny. Born and raised in Fullerton, CA, Allen is a product of the California Community College system and completed his Associate of Arts degree at Fullerton College.

While there, he participated in a study-abroad program in Cambridge, England. He then moved to Washington State where he completed his undergraduate degree in Spanish and Teaching English as a Second Language at Western Washington University (WWU) in Bellingham. While at WWU he studied abroad in Sonora, Mexico.

When he graduated, he moved to the Caribbean to pursue his Master’s Degree in Education: Guidance and Counseling, at the Interamerican University of Puerto Rico. For many years, Allen worked for the TRIO Programs, Educational Talent Search and Upward Bound in Puerto Rico. After many years on the island, he returned to California to care for his ailing father. He later returned to the field of education and has worked for Citrus, Golden West, and Fullerton Colleges as an adjunct counselor and admissions technician for the last 13 years. In his spare time, he enjoys riding his dirt bike through the desert, playing his guitar and piano, or reading a good book.

But Allen and his wife Cynthia dedicate most of their free time tending to the needs and wants of their 3 small boys: Vincent (4), Eli (2), and Liam (1). Whether he is spelunking in a cavern in Arizona, climbing a pyramid in the Yucatan peninsula of Mexico, or scuba diving in Puerto Rico, this adventurist says he has “found a new home at Cerro Coso.”