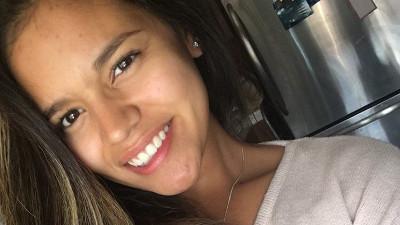 Susana Ramirez is the Finance Manager on the Executive Board of the Student Government of Cerro Coso. She is in charge of and handles where student money goes. Sound like a lot right? THAT'S NOT ALL!! She is also the President of Latinos Unidos (United) club!

Getting things done is her specialty. Susie says she is “trying to figure out a set major that I want to go for, but I'm trying to get my Gen. Ed. knocked out for right now. My problem is that I like to do a lot of stuff that I can't decide on one thing I want to pursue as a career sadly. Its okay though, I will figure it out eventually. However, I still plan to graduate in 2019. After Coso, I want to transfer to a CSU to further my education so I can make some decent money. At some point, I want to actually study abroad because I like the idea of being in a country with different customs and culture." Well said Susie, we are excited for you and your future endeavors. You've got big plans and there's no time to waste.”

Susana has been in the SGCC for over a year. "I joined because I wanted to get involved in the student life at Cerro Coso and actually have an effect on it. It is an amazing experience for me with cool people because we learn how to work in a group and take on the role of leadership. Being part of the SG has taught me about responsibility and it has given me some of the best college memories." Susana would definitely recommend joining, "at first I thought to be in SG was going to be boring, but when I joined it became a never-ending trail of amazing experiences and memories."

"You know that person in high school who always going to parties their senior year? Well, I have to confess that I was that person. That whole phase has passed now, but I actually made some really good memories with my friends and classmates at these parties."

Susana has a huge passion for traveling and getting to know about other cultures. She has actually already traveled to Paris, and France, and this summer has plans to go to Brisbane, Australia.